Bones Atop the Fireplace: How the World's Most Intact Dinosaur Skeleton was Found In New Jersey in 1858 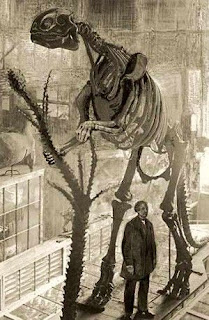 Philadelphia based lawyer, prison reformer, writer, amateur geologist and all-around Renaissance man William Foulke is visiting an acquaintance in Haddonfield, New Jersey. It is springtime in the year 1858 as Foulke and local farmer John Estaugh Hopkins sit casually chatting in the parlor of Hopkins rather modest farmhouse.  Hopkins is a comfortable, though not overly well off farmer, and a lifelong resident of Haddonfield who is very involved in local government.  Foulke has come to Hopkins residence to discuss the conditions of local jails and make recommendations about policies and procedures regarding criminal detention in the area. As the two exchange small talk something sitting atop the mantle of Hopkin’s fireplace catches the inquisitive scientific eye of William Foulke. There are several enormous and very unique looking animal bones sitting haphazardly on Hopkins’ mantle. With his curiosity piqued Foulke inquires, “John, where did you ever acquire those large bones
Post a Comment
Read more

A Man Called Wrinkled Meat: The Story of John Smith of the Chippewa Tribe Aged 138 Years 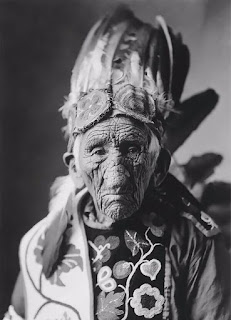 There is a small Catholic cemetery located in Cass Lake, Minnesota. Cass Lake is a tiny hamlet in north-central Minnesota with a population of just under 800 souls.  It is known for its bitter cold winters, heavy snowfall and timber.  The town sits along the edge of the Chippewa National Forest, right in the heart of the ancestral land of the indigenous Ojibwe people of the Chippewa Tribal Nation for which the aforementioned forest is named. Tucked away in a corner of that small cemetery in Cass Lake is a rather nondescript rectangular burial plaque.  The plaque reads: JOHN SMITH BORN IN 1784 DIED FEB 6, 1922 138 YEARS OLD If true, then this unassuming plaque in a small rural Minnesota cemetery marks the final resting place of the oldest living person ever recorded in all of human history! John Smith, the man often called Chief John Smith in the historical record, lived to be a purported 138 (0r 137) the exact number is sometimes very much uncertain, years old. In his n
Post a Comment
Read more

When Fake News Ended the Great War & Worsened a Pandemic: The False Armistice of November 7, 1918 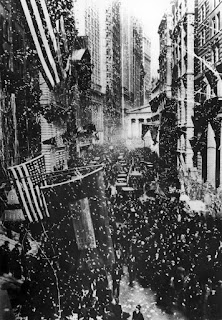 On the morning of November 7, 1918 the French Deuxieme Bureau (Intelligence Bureau) receives an unverified report that an armistice ending the World War has been signed by Germany and the allied powers of the United States, Great Britain and France. When news of the signing of an armistice to end hostilities reaches American Army Intelligence in Paris, the Americans express doubt about the veracity of the French report and insist that, as far as they know, military operations are still very much active on the Western Front and that it is much too early on in the peace negotiations for any armistice agreement to have been reached. French intelligence insists though, that their report states that an armistice has, in fact, been signed and that a ceasefire is set to go into effect at 2 pm that very day. Head of the American Army Intelligence Service Lieutenant Colonel Cabot Wood forwards the report, “with reservations” to General John J. Pershing commander of the American Expedi
Post a Comment
Read more 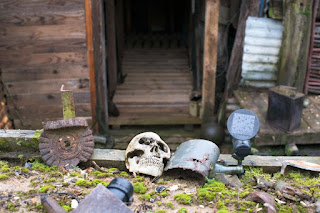 Completely devastated.  Damage to properties 100%.  Damage to agriculture 100%.  Impossible to clean.  Human life impossible. This is how the French government originally defined what it called Zone Rouge (the Red Zone) at the end of the First World War over one-hundred years ago in 1919.   Zone Rouge encompassed over 450 square miles of French countryside along the trench lines and no man’s land that had once made up the Western Front. At the end of the war areas within what the French government had defined as Zone Rouge were considered absolutely unfit for human habitation.  The Red Zone remained littered with hundreds of thousands of tons of unexploded artillery shells, countless human and animal remains and fetid toxic soil that was the result of chlorine, phosgene and mustard gas bombardments. Farming, forestry and human habitation were all banned within Zone Rouge.  Many of these restrictions remain in effect throughout vast areas of the Red Zone to this v
Post a Comment
Read more
More posts

Get in touch with Creative History and share your story ideas and opinions!